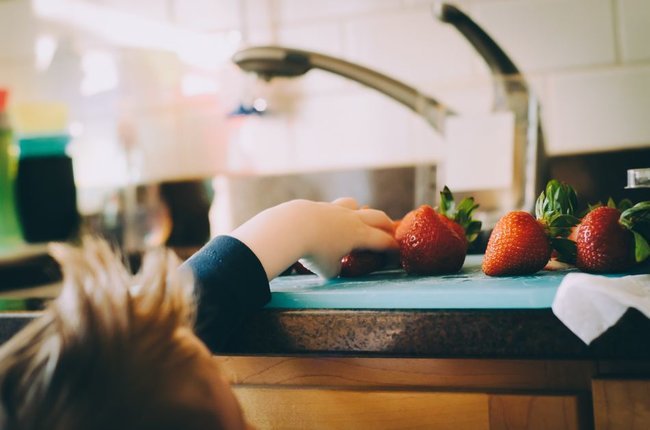 By Steven Reinberg, HealthDay Reporter
MONDAY, Nov. 19, 2018 (HealthDay News) -- Almost 8 percent of American children have food allergies, and 1 in 5 of those kids suffers an allergic reaction severe enough to wind up in the hospital, a new study finds."Childhood food allergies are relatively common and should be taken seriously, with 1 in 5 having a reaction that takes them to the emergency room every year," said lead researcher Dr. Ruchi Gupta, a professor of pediatrics at Northwestern University Feinberg School of Medicine in Chicago.The most common allergies are to peanuts, milk, shellfish, tree nuts, egg, fish, wheat, soy and sesame, Gupta said.Peanut is the most common food allergy, affecting about 2 million children, followed by milk (1 million), shellfish (1 million), tree nuts (1 million), eggs (nearly 1 million), fish (less than a half million), wheat and soy (.4 million) and sesame (.15 million), she said.Among children allergic to sesame, at least 1 in 3 had a reaction severe enough to visit the emergency room in the past year, Gupta said.Senior author Dr. Kari Nadeau, director of the Sean N. Parker Center for Allergy and Asthma Research at Stanford University in California, said food allergies are on the rise because children are not exposed to a variety of foods at a young age.People live a cleaner life, she said. "We are not exposed to the farm, animals and dirt. We know that if you have a dog at home during the first year of life, it protects you against allergies," Nadeau said.Another way to prevent food allergies is to expose children early to the foods that cause most of them, she said."Exposing children to these foods late has actually caused an increase in food allergies, Nadeau said.In addition, adequate amounts of vitamin D and preventing dry skin are also important in reducing the odds of developing a food allergy, she said.Prevention is the only treatment available, Nadeau said. That means avoiding the foods one is allergic to, but that can be a challenge.It's often hard to tell if a prepared food contains possible allergens. Although food packaging is often labeled, the law in the United States doesn't require that sesame appear on a list of ingredients, as it must in Canada, Europe, Australia and Israel, Nadeau said.For example, a 15-year-old girl who was allergic to sesame died in June after eating a sandwich on a baguette that contained sesame, but was not labeled as such, Nadeau said.In the study, Gupta, Nadeau and colleagues asked nearly 40,000 parents if their children had food allergies. Specifically, the researchers asked if the children had a suspected food allergy, if it was diagnosed by a doctor, what were the symptoms of the allergic reaction and how it was treated.The research team also found that 41 percent of kids with food allergies had a prescription for an epinephrine auto-injector, such as EpiPen.The most severe allergic reaction is called anaphylaxis, which causes the airway to swell, making it hard or impossible to breathe. Injecting epinephrine rapidly reduces swelling and opens the airway. Epinephrine can save the life of someone having an allergic reaction, which is why people who are at risk for allergic reactions are encouraged to carry the drug with them at all times."Parents who suspect that their child has a food allergy should consult a physician for testing so that foods are not unnecessarily avoided and that, if an allergy is confirmed, an epinephrine auto-injector can be prescribed for emergency treatment," Gupta said.In addition to more kids having food allergies, many don't outgrow them, Nadeau said. "It does not look like food allergies are getting better, and it does not look like they're getting less," she said."It's starting to look like those who have food allergies in childhood will have them in adulthood," Nadeau said.Dr. Vivian Hernandez-Trujillo, medical director of the division of allergy and immunology at Nicklaus Children's Hospital in Miami, said, "This important article highlights the public health epidemic that we have with food allergies." She was not part of the study.Hernandez-Trujillo hopes that the recent changes in the recommendation about when infants should be introduced to solid food, which call for an earlier introduction, will turn the tide and stop the increase, but that will take years.SOURCES: Kari Nadeau, M.D., director, Sean N. Parker Center for Allergy and Asthma Research at Stanford University, Stanford, Calif.; Ruchi Gupta, M.D., M.P.H., professor, pediatrics, Northwestern University Feinberg School of Medicine, Chicago; Vivian Hernandez-Trujillo, M.D., medical director, division of allergy and immunology, Nicklaus Children's Hospital, Miami; Nov. 19, 2018, Pediatrics, onlineCopyright © 2018

Here are some questions and conversations from MyFoodAllergyTeam:

• It can be difficult to always remember to check the ingredients on everything you interact with 100% of the time. What warning signs do you look for that food ingredients have changed?

• Has a teacher ever made you feel bad about your (or your child's) food allergy? How did you respond?

• "Growing up allergies were always there, I have no memory of before I was aware... 10 years ago my husband ate a shrimp salad on a business lunch, that evening sent me into anaphylactic shock with a kiss."

• "I have recently bought my daughter her own Medi bag which carries her EpiPen. It has all her information in and my contact number. I also bought her a peanut allergy bracelet which she loves!! I have found that the bag is helpful with her anxiety as she always has her medicine with her just in case she comes into contact with peanuts."

Do you think how early someone is exposed to potential allergen impacts whether they develop an allergy to it? Share in the comments below or directly on MyFoodAllergyTeam.

You're in! Thanks for subscribing!

Easily manage your subscription from the emails themselves.

What are you thankful for?

4 Ways to Protect Your Child From Allergic Reactions at School

Many people confuse food allergies and food intolerance, and it is easy to do. Allergies and...

Many people confuse food allergies and food intolerance, and it is easy to do. Allergies and...
read article >

Food allergy develops when a person’s immune system becomes sensitized to proteins from a certain...

In someone with a food allergy, the immune system has an inflammatory reaction whenever the...

In someone with a food allergy, the immune system has an inflammatory reaction whenever the...
read article >

If you’re living with food allergies, you’re already aware of the impact the condition can have...

If you’re living with food allergies, you’re already aware of the impact the condition can have...
read article >

In people with food allergies, the immune system becomes sensitized to the protein of a...

In people with food allergies, the immune system becomes sensitized to the protein of a...
read article >

Some people have such an intense and immediate reaction to a food that it seems clear what is...

Some people have such an intense and immediate reaction to a food that it seems clear what is...
read article >

Food allergies develop when the immune system mistakenly identifies a specific food protein as a...

Avoiding allergenic foods is the only way to prevent food allergy symptoms. However, it can be...

Avoiding allergenic foods is the only way to prevent food allergy symptoms. However, it can be...
read article >

It takes a village to support living with a chronic condition like food allergies. Whether other...

It takes a village to support living with a chronic condition like food allergies. Whether other...
read article >

Thank you for signing up.

Get the MyFoodAllergyTeam mobile app

© 2022 MyHealthTeam. All rights reserved.
MyFoodAllergyTeam is not a medical referral site and does not recommend or endorse any particular Provider or medical treatment.
No information on MyFoodAllergyTeam should be construed as medical and/or health advice.